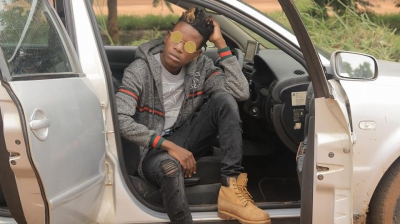 Jay Jay Cee was born Juma James Chitsonga his father is from the southern part of Malawi and his mother is from the north ,he developed the love of music since birth,he enjoyed listening to music by Annie matumbi & Late vic marly from Malawi,Danny from Zambia & Movado over seas so he always wished to once be like them. At the age of 8 he started trying writing songs of his own,he did this until he reached 12 years . Then he thought of hitting the studio with his first single titled (sister jessi),although it always seemed challenging to him since it was hard to convince producers that at his age he could rap(he was a rapper by then). After his first single he gained a small fan base, community wide & it was no more hard to convince producers around there. He did all this while he was in primary 7,when he got to secondary school he slowed down pace he was no more that much active but still, within the school premises he entertained his mates & some outsiders. After his MSCE in 2013 he thought of going back to being active in music, the same year he got into MABILINGANYA EMPIRE through mady p, his first appearance was when he took part in a song "phone number" by mabilinganya empire where he did the first verse, people where impressed by the young lad. In the year 2014 he thought of taking the next step by releasing his first mixtape titled (KUPANGADZINA) Which was recorded & mastered by gaffar , videos by crispo & leo of gowa picters & Gibo of viber glass. N it featured artists like scola fella,young d,gaffar,joka &tyclips. As the name states, The mixtape helped him make his name since soon after the release of the mixtape, he topped charts on urbarn media with Iwe Maliro, agogo & Ndzakapangira as key songs. He is currently working on a 2016 Albam Which wil be released on 16 July 2016 , so far he has worked with Nesnes on a track called "makhumutcha" which will also be featured in the Albam (Dzinalanga). The Albam will feature artists like Saint, Nesnes, Blaze, Sir Patricks Hilco & many more.Other songs released as singles from the Albam are, Mumamva Bwanj, Alipo Wina & Kukangana. He urges his fans to keep on give him the alpha support that they always give him.