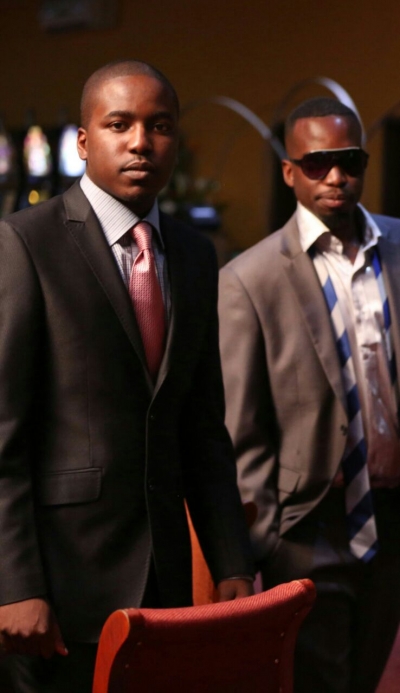 How did two brothers calling themselves The Daredevils began a journey that, today, is not just perfecting local hip hop music but also shaping the future of the country's urban music?EPHRAIM NYONDO caught up with them. Greatness is born in humility.

Consider Isaac Newton, the greatest scientist that ever lived. He did not discover the force of gravity theory in powerful laboratories. He discovered it while sitting under a tree observing a straw leaf fall from a high position.

Of course, Graiton Daud Pasanjeâ€”popularly known as GD, and his young brother Marcus Pasanjeâ€”famed as Marcus, do not produce and write great hip hop music while, like Newton, seated under a tree.

But these two brothersâ€”who call themselves The Daredevils, the co-owners of Lo Budget Recordsâ€”produce musical magic in a small, quite chaotic two-roomed house in Kanjedza, Blantyre.

It is a house too humble to produce award-winning Young Kayâ€™s Kuusumana, the hit that forced thousands to the dance floor when he performed it at a Big Brother Africa eviction show two years ago.

This has made them a household record destination for a number of upcoming urban artists who cannot help flocking to it.

"I canâ€™t get my nose out of the studio. I am always occupied with sessions; different young and established artists wanting to get their music produced," says GD, while attending to some three boys who have travelled from Bvumbwe, Thyolo, for a session.

The story of how GD, 24, and Marcus, 22, have come this far as local urban artists and producers is one that portrays the struggles youths in Malawi go through to discover their talent and unleash it for their benefit.

Both born at Mlambe Hospital, Blantyre, to a family of teachers, education was supposed to the only song sang in their ears. But, at least, their parents were different.

"Our father, who died in 2001, gave us the libertyâ€”not through direct instructions, but something implicitâ€”to be resourceful, to try out different things. He wasnâ€™t so much a control flick. Maybe he wanted us to explore ourselves," says GD.

GD developed an interest in medicine and Marcus in business administration. However, their interests began to shrink as they started a journey in a different direction:: music.

"Our family is hardcore Seventh Day Adventist. Because of that, my mum, uncle and dad had a special interest in music. We had almost a family choir. There was almost every musical instrument at home. So, we grew up in quite a musical environment," continues GD.

Still none of their parents insisted they pursue music. But the spirit of music began to develop in the two boys.

Although not sure what actually it was, the two boys spared some time to peep at what was going on during such contests.

"It was interesting, and when we went home, we started to imitate. Imagine, we couldnâ€™t even speak good English, but there we were, like possessed children speaking in tongues, imitating rapping. It was crazy!" says GD.

That experience helped to reveal the hip hop talent in the boys. But revelation is not enough. The skill had to be nurtured.

"We moved to Mangochi, and being distant from urban culture, everything about music in us stagnated. But when we relocated to Blantyre in 2000 after mum picked up a job as a lecturer at the Polytechnic, our musical spirit was rescucitated.

"There were a number of rap and ragga contests around town which we always participated in. In fact, we formed a group of five guys which we called T.H.U.G.S. Interestingly, our father bought us a computer. So, we were always busy listening to music and sampling different styles," he says.

By 2003, the group disbanded. But the two boys carried on and formed The Daredevils.

"After we had our songs together, it was difficult to get airplay. Another challenge was production. There were few producers. You just couldnâ€™t get a better one easily," chips in Marcus.

With the help of a friend who gave them some music recording computer programmes, and also DJ Kenny Klipps who challenged them to start producing their own songs, the two boys began a journey of rapping and producing.

They produced their own song, Rap Nice, which became a bomb as most radio and club DJs hunted for it. By 2007, Lo Budget Records was officially born. And the first album they recorded was the one by the famous Blantyre-based rap group Basement which features the hit single, Banyamulenge.

"We have produced a number of songs, but we havenâ€™t yet officially done an album. Last time we attempted, we failed because most of our songs had leaked to the public," says GD.

However, after years of being producers and hip hop artists, how do The Daredevils feel about the future of Malawi hip hop music.

"There is progress, locally. One, we have moved from struggling to get airplay to massive airplay. Two, we are able to hold live shows and get massive patronage. And three, the corporate world is again coming up with interesting recognition of urban music. These gestures were unimaginable then. There is progress," says GD. - Malawi Nation