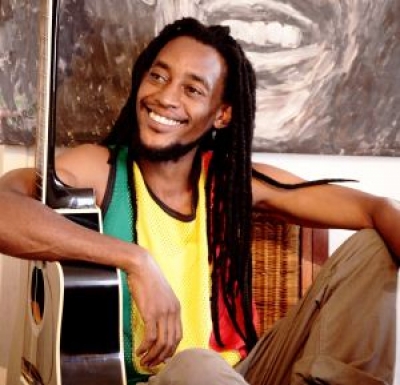 Malawian reggae musician Sally Nyundo was born Bernard Nyundo in 1976. After teaching himself to play the guitar as a teenager, Sally started out in music in1994 with the Imagez Band in the sprawling Blantyre township of Ndirande.

In 2001 Sally then joined pioneering performer Ben Michael and the Zig Zaggers which led to numerous tours as a supporting artist. Since he left to focus on his solo career, Sally has recorded great reggae songs like Namwali,  Chipako Kukuchedwa Kucha, Heaven Wants To See, Oipayo,  Chant Nayabingi to mention a few. A powerful vocalist, poignant song writer and acclaimed musical arranger, Sally is also a multi-instrumentalist who plays guitar, drums and keyboard.

A successful designer of own successful line of t-shirts and hats (100% Niceness), Sally is also a graphic artist. He has starred in theatre, films, television and of course his music videos which are often styled as short films. As Malawi’s predominant reggae artist, his timeless vibrations of afro-reggae have led to his recognition as one of the country’s great reggae icon.