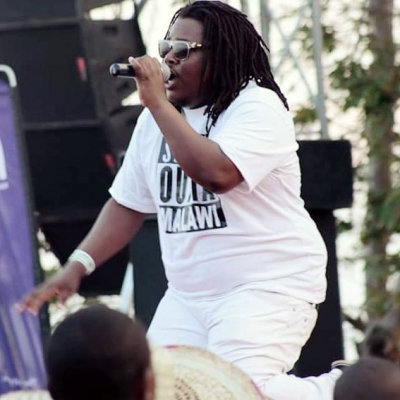 Born Fatsani Michael Che-Kalonda, BLAKJAK has been in the Music Industry Since he was Ten years old, recording his own music through his family Hi-Fi. He progressed to be one of Malawi's top Urban musician together with his siblings in a group called NYASA GURUZ. the group is one of the pioneers of the now Urban music with classic hits like Tumpale, Suzzie, Nthawi, Fisi,Ndinakufera and Chikondi chanu just to mention a few. He is currently working on his Solo project with the Album expected to drop by august this year. Some of the singles out of the Album are Wadya Iwe, Mavuto and Indetu which are enjoying massive air play despite being banned on the National Radio- MBC He is a complete and Proffesional Artist who can compose, write, produce, act and Present/host shows and programs.