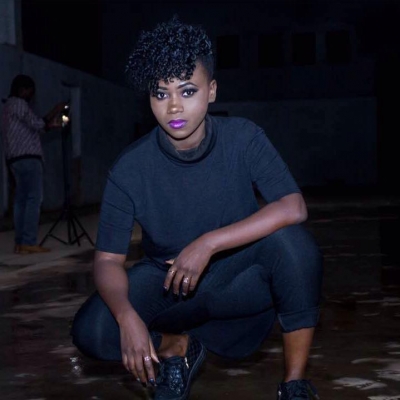 Sangie is a young girl who does reggae. She started music while very young and is a qualified vocal trainer. She however, did not take music seriously and hence her main acts in music had been backing up other artists and church choir. Born Angel Mbekeani, Sangie has grown up in Blantyre (Ndirande) and made her first single, “I do it all for love” only this year (2014) when she attempted the Don Foxxy Riddim. The Riddim was initially produced in 2012 by Don Foxxy at Step Up Records and had featured other artists such as Nepman, Desert Eagle, Vigil, Saint and Nepman. “I do it all for love” which was released as a video, topped Makwerero 10 on MBC TV for a month and has enjoyed airplay on various TV stations. A demand has been high for Sangie’s  “I do it all for love” audio version and here is the chance for Malawi to get the song as it available for audio downloads on Malawi-music.com on the day the year ends (31st December 2014).

Sangie who recently turned 20 has now gotten the momentum for her music career and is also set to release a new single and another music video in January. Be on the look out!