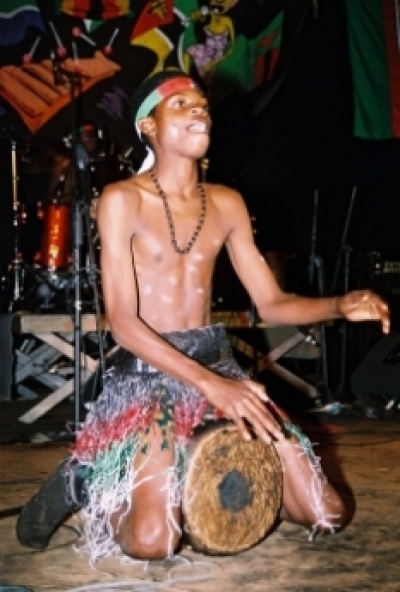 Winners of the 2007 Music Crossroads Malawi National Festival, Alleluyah Band Two went on to perform and compete at the ITF 2007 in Harare, Zimbabwe. The band, comprised of 8 members and was the youngest band showcased at the 2007 IRF. With their catchy local rhythms and crowd inspiring dances, Alleluya Band II were a definite festival favorite, rest assured this is not the last we shall see of these young talents. Now back home, Alleluya Band Two has become a model for the many, traveling across the country, conducting awareness campaigns on HIV/Aids and gender issues, using their music as a medium.