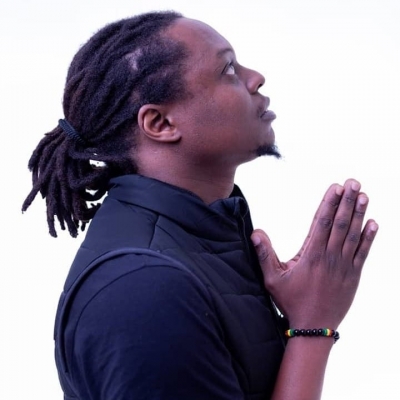 Third Eye is a Malawian hip hop artist born Mandela Mwanza on All Saints Day 1984.A poet and a writer by the age of eight,Mandela’s musical career is more than a life choice and is simply a choice to live.Fueled by his passion to create feeling through wordplay,it is no surprise that Mandela slowly grew from a young writer and poet to a hip hop artist called Third Eye when he dropped out of college midway through his Philosophy degree to pursue a fulltime career in music in 2005.

While in Nairobi at the time,Third Eye resisted intense family and peer pressure to return to school and under the spiritual mentorship of African hip hop legends such as Doobeez of K-South and Kama of Kalamashaka stuck to his musical path.

He returned home to Malawi a social outcast in 2006 and in 2007 released his debut album IMAGINE BEING JESUS AND NOT KNOWING IT followed by TAKING KANDY FROM A BLIND BABY in 2009,THE HAT-TRICK and BROKEN VERSES in 2010 and his first Chichewa album KUMIDIMA in 2011.

These albums established Third Eye as Malawi’s premiere hip hop artist and he went on to work on various projects and shows with UNICEF,Goethe Institut,British Council,CocaCola,Madonna’s Raising Malawi and other organizations of similar repute.Third Eye is also now a three time Lake of Stars performer and has during the recent past shared stages with The Maccabees,Freshly Ground,K’naan,The Foals,Sway,2 Face Idibia,DJ Oskido ,Beverly Knight and others.

Third Eye is now currently based in Johannesburg,South Africa and is working on his sixth solo album which is being produced by Mpumi Dhlamini.